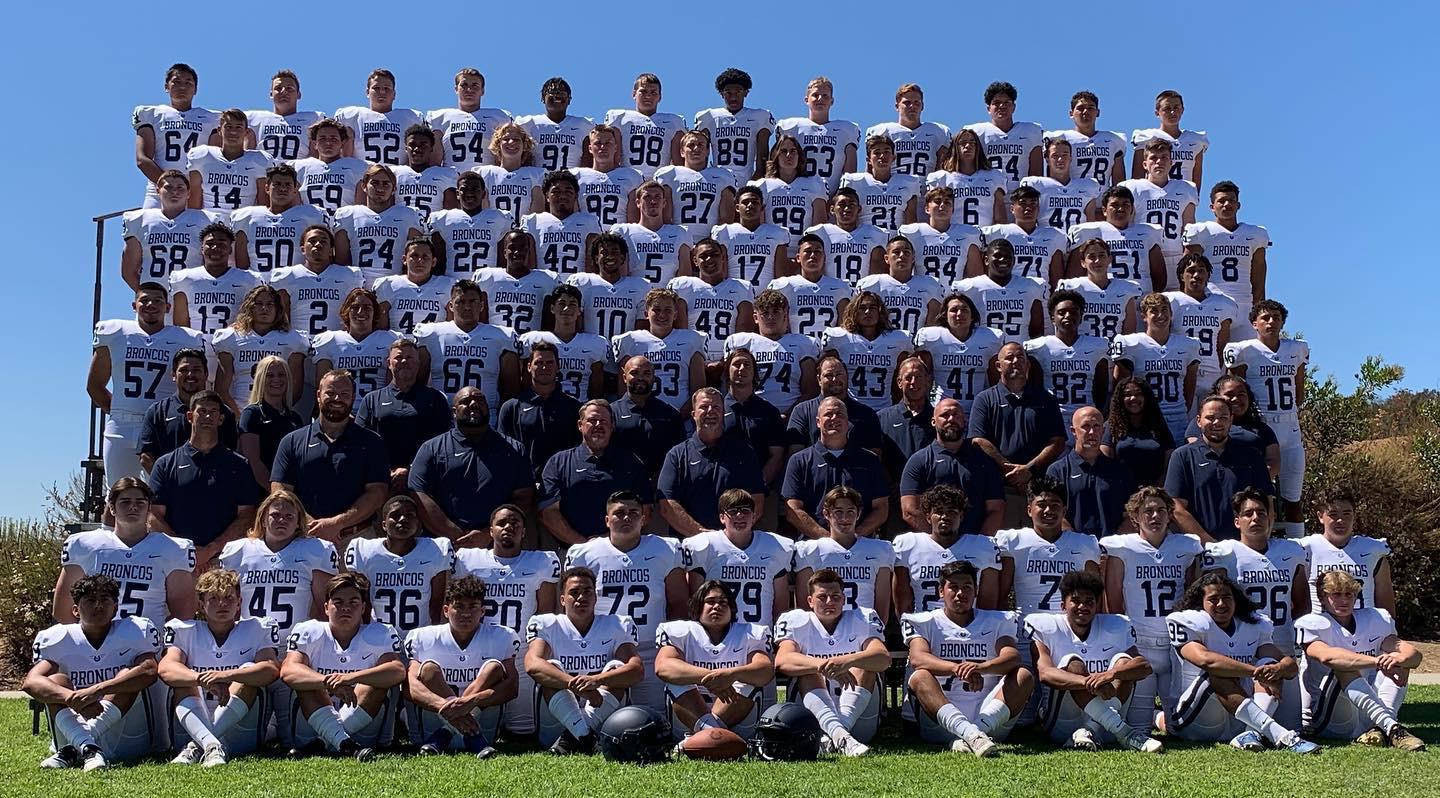 MURRIETA — After losing in the first round of the playoffs the past two seasons, Vista Murrieta is back in the quarterfinals.

On the previous play, Baron missed a 49-yard attempt, but Notre Dame was penalized for roughing the kicker.

Vista Murrieta, which reached at least the quarterfinals every year from 2005-2016, including seven straight championship appearances, will travel to face top-seeded Sierra Canyon in next week’s quarterfinals.

Coleman was simply relentless and continually made huge plays throughout the game. The Notre Dame defense harassed the senior quarterback most of the night, sacking him twice and tackling him for negative yardage seven times.

But when he had to make big plays, he did. Coleman, after throwing an interception late in the first half in the end zone, completed all five of his second half passes to lead the Broncos.

Facing a third-and-11 with the score tied in the third quarter, Coleman scrambled for 26 yards. On the next play, he completed a 40-yard pass to Sean McDermott and two plays later threw a six-yard touchdown to Xavier Murchison that gave Vista Murrieta a 21-14 lead.

“He is amazing in pressure situations,” said Vista Murrieta coach Eric Peterson. “He is always cool as ice, poised and calm. Anytime someone doubts him, he makes you pay.”

Notre Dame took the opening kickoff and drove 66 yards in 12 plays as Siskowic scored on a one-yard run to put the Knights up 7-0.But Vista Murrieta (8-3) would take a 14-7 lead on a second quarter, five-yard run by Coleman and a 33-yard, third quarter touchdown by running back Raqueal Wagstaff.

The Knights knotted the game at 14 early in the fourth quarter when Siskowic hooked up with running back Maurice Johnson on a 17-yard touchdown pass.

Wagstaff led all rushers, gaining 111 yards on 18 carries while Coleman completed 7 of 12 passes for 156 yards.

Siskowic ended the night completing 12 of 21 passes for 166 yards.